Standardized Testing and the Race for Diversity

The faculty senate of the University of California system, which represents 10 campuses and over 280,000 students, recently voted unanimously 51-0 to keep the SAT and ACT, based on a university-wide study that showed conclusively how standardized testing actually helps underprivileged students.

Last week, however, the UC Board of Regents brazenly rejected the recommendation of their own academic experts.

Casting their own unanimous vote of 23-0, the UC regents voted to go “test optional” for the next two years and to phase out the SAT and ACT entirely by 2025, going “test blind.”

This stark polarization between academic standards and administrative policy  illuminates the nakedly political and financial nature of UC‘s decision. As many other “test-optional” schools have discovered, lowering admissions standards in the name of “inclusivity” swells their application numbers, which in turn lowers their acceptance rate, thereby boosting their position as “exclusive” schools in the US News and World Report college rankings. In other words, going “test optional” is a good way to enhance exclusivity in the name of inclusivity. The irony is worthy of a Monty Python skit.

At present, UC says that it will either design its own admissions test by 2025, or jettison admissions testing altogether, relying on GPAs alone for academic assessment. However, as David Benjamin Gruenbaum explains in Inside Higher Ed:

The SAT was a standard; GPA is a mess. We all know how uneven grading processes are at different schools. I even taught a group of students who bragged about their principal, saying that he changed everyone’s grades to straight A’s when it came time for college applications. How many other crazy GPA stories are there? High school GPA is simply not good enough by itself to determine college admission.

To make matters worse, as Evan Gerstmann points out in Forbes, by embracing an extreme form of political correctness, the UC decision may actually make it easier for affluent students to game the system:

Finally, it should be noted that there is talk of the UC developing its own standardized test. Perhaps the UC Regents know of some way to make a better test, but one would think that they would develop such a test first and then announce that they were dropping the SAT and ACT. And even if they do develop an alternate, will students applying to, say, both UCLA and The University of Michigan, now have to take two sets of standardized tests? Surely it will be more affluent students who are capable of finding the time and resources to handle that double burden. The University of California’s decision flies in the face of the conclusions of its own experts. They should put facts and evidence above politics and reverse course.

By lowering its academic standards in what can only be described as an ill-considered lunge toward diversity, UC will face stark alternatives: they will either make it easier for affluent students to game the system, or they will impose a strict racial quota system that will take the place of academic rigor, with subsequent pressure on faculty to dumb down their courses. Either way, their academic reputation will suffer.

To read more from these two articles, click the links below:

DROPPING THE SAT AND ACT IS ABOUT POLITICS, NOT DIVERSITY
By Evan Gerstmann
Forbes
May 23, 2020
https://www.forbes.com/sites/evangerstmann/2020/05/23/dropping-the-sat-and-act-is-about-politics-not-diversity 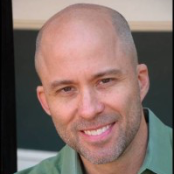 Dr. Al Benthall received his PhD in English Literature from the University of North Carolina at Chapel Hill in May 2002. Having taught numerous courses at colleges and universities in North Carolina, Michigan, and Washington DC, his passion for excellence at the university level eventually led him to become a certified ACT and SAT tutor with a national test preparation company, and to continue his work as a private tutor. Having studied many different approaches to achieving top scores on the SAT, he eventually came to see that strategy and simplification are the keys to cracking the “SAT code.” Dr. Benthall has tutored hundreds of students in Charlotte, NC and the greater Charlotte area, and his strategies now regularly increase students’ scores by over 200 points on the New SAT and over 4.5 points on the ACT.